That’s right! My short story, Princess for Hire has been accepted by new Canadian ePublisher MuseItUp Publishing. It will be coming out in May 2011!

The Blurb:
After winning his kingdom in a legendary poker game twenty years ago, Princess Mina’s father loses the kingdom just as easily. Now alone and penniless, Mina must rely on her sword to support them both.
When the princess-turned-mercenary is offered a contract to save a prince that will pay enough to keep her father laid up in luxury for yet another year, she and her business partner snap up the deal. Dragons and all.
But when she’s faced with a seedy mage and a prince who doesn’t want any woman to rescue him, Mina quickly learns the so-far-unseen dragon is the least of her worries. 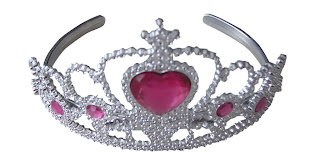 Princess was one of the first short stories I ever wrote (I did it on a challenge from one of my crit partners). I’m much more a novel length writer, but I thought I’d take a stab. And I liked how it turned out. But, the story is a bit quirky, so I’m very excited that it found a home with MuseItUp! Since they’re so new, their bookstore doesn’t open until October, but they’ve got some great stories lined up!

I’m due to get my first round of edits this week. *Squee* I know, I must be the only person to be excited about edits, but even if I’m sick of the story by the time it’s published, it will always be my first published story.

Can’t get much better than that!