I’m no where near ready to query my current WIPs (either of them), but I am no stranger to the whole query process. I had a young adult fantasy that I tried querying last year. I had a couple of partial requests, but I realized after sending out about 15 queries that the book just wasn’t ready. And probably never would be.

But I have some friends getting ready to query, and I’m always interested to read what agents and other writers have to say about the process. Adventures in Children’s Publishing had a post about what agents *don’t* want in queries which I thought was interesting. This whole business is so subjective that what one agent wants, another one hates. What’s a writer to do?
Well, I think Elena summed it up quite nicely in her Getting to 100% post.
To quote:
I research my brains out. I know what queries should be. I know what writing should be. I know, I know, I know. And then I pick and choose which rules I’m going to follow. The big ones? Yeah, I follow (most of) those. The little ones? Whatever. 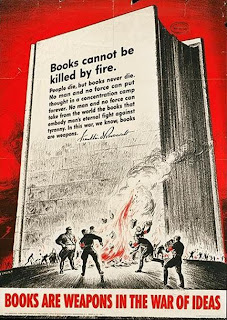 Write the best damn query you can, and then send it off into the world. If I’ve learned anything from the query critiques on agent websites or the agent for a day that Nathan Bransford does, only a small percent of the queries that get sent are even professional enough to be considered. And I think all of us have done enough research and care enough about what we send out into the world to send the very best.
All this talk of writing queries and following rules doesn’t really help when you’re sweating blood to get the thing drafted in the first place. But I think there comes a time where you know it’s the best you’re going to get and there’s nothing to do but face the terrifying R word and submit.
I found it interesting that one of the interns at the BookEnds Agency posted this.
In it she says: …she sees a great deal of writing that is inadequate and sub-par. When something even marginally resembles the work of a professional author, she’s going to sing its praises. Her face is going to light up with glee. It’s the best she’s seen in a long time!
I think sometimes we forget that despite the odds, despite how difficult it is to find an agent or get a publishing contract, those of us who have done the research and are professional in our letters and behavior are actually in the minority. Agents have to deal with a lot of poorly written crap, writers who’ve never written a business letter in their lives, or acted in a professional manner.
So basically, write the best book you can, polish those queries if you’re ready, and remember that even if you don’t get an agent or contract with this one, you’re still making a good impression, still one step closer to making it in this business and having a long, professional career.