So this week is BEA (Book Expo America) and a lot of the agents and authors I follow on twitter are there right now getting all sorts of freebies and ARCs. I’m insanely jealous – just something else to look forward to after I’m published. *grin*
But I saw a stunning tweet come through from Jane Friedman, Director of Writer’s Digest, that made me stop in my tracks. (Well, not literally of course, but I think I may have exclaimed out loud – my cube mates did look at me funny…).
Her tweet said: “Stat from BEA: 7% of books published generate 87% of book sales. And 93% of all published books sell less than 1,000 copies each.”
Let’s read that again. 93% of all published books sell less than 1,000 copies each.
I don’t know about you, but 1000 copes doesn’t seem like very much. Certainly not enough to make a living off of, not enough for something that cost you blood, sweat and tears to write. And if that’s an average, some books sell significantly less. On the flip side, the 7% of books that make money are those written by the likes of Stephen King or Nora Roberts or JK Rowling. And the chances of me ever making it into that select group of authors is slim to none. Of course I dream about it – who wouldn’t – but really, it’s as likely as winning the lottery. Don’t get me wrong, somebody’s got to win it, but it’s usually not me.
So the more I start thinking about this stat, the more depressed I get. I love writing, would still do it even if I knew I’d never be published. But what does that mean to the part of me that is determined to be published? It means that whatever marketing, branding, social networking, advertising 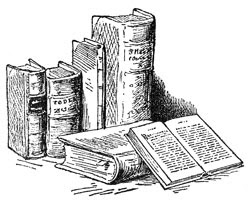 and book signings I do, I still may never break 1000 books. I may never even hit the mid-list.
And that little part of me starts to wonder what the point is. Why stress myself out over finishing a book, getting an agent, a publishing contract, trying to promote it, and write the next book at the same time? What’s the point if only 1000 people are going to read your work?
It still makes me a little sick to think about that being the reality of the publishing business, but then I stop for a moment. That statement is talking about “Published” books – meaning hard cover, print books. That’s what BEA is for after all. But what about ebooks? What about those stories that aren’t “published” in the traditional sense of the word? I know right now there’s still not a huge market for them, but that could, and probably will change within the next 10 years. And given all the choice readers will have, as well as the ease of instant-delivery, I have to assume that number would go up for a well-written, well-edited book.
I have to admit, I still occasionally fall into the trap of thinking “print books” are the only ones that count. Since I don’t have an eReader, my brain hasn’t yet switched over to the fact that ebooks are on the rise. So with that thought, there might be some hope after all. Maybe 2000 readers will read my books. Again, not the most inspiring of thoughts.
But, then it hit me. Even if it’s only 1000 people, that’s 1000 people who would never have read my books at all if I hadn’t struggled through this writing thing, through the challenges of making it in this business. And maybe, if I’m really lucky, my words will mean something to one or two of those people.
And then I think maybe it’s worth it after all.