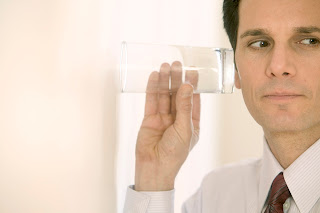 If you haven’t heard, Facebook has been in the news an awful lot lately due to their privacy practices.
A couple of weeks ago it was the implementation of their Instant Personalization Pilot Program – the one that pulls your info from the site and uses it to customize other public websites like CNN and MSNBC. Then last week it was Zuckerberg – the creator of Facebook – talking about how anyone with two Facebook profiles has a lack of integrity.
On the heels of that, another article was linked that sheds a little light on Zuckerberg’s first privacy policies early in Facebook’s history. I especially like the quoted IM conversation.
With that being said, Facebook is one of the Big Three in social media, and as author’s it’s almost an expectation that we have a Facebook page to market ourselves. I’ll admit I have a personal page, but I use it rarely, and then only with close family/friends. After a few of his little comments, I was tempted to delete it.
I was even thinking of starting one for my writing life, despite my lack of integrity. *grin* But now I’m not sure if I want to be a part of something like Facebook, with it’s deceptive privacy policies and clear derision for it’s users. And to be honest, I have never been to another author’s facebook page. I just don’t find them interesting.
My question to you – How important is Facebook as a piece of social media? Does not having a Facebook page as an author put you at a disadvantage? Is it even necessary?