For All the Books I’ve Loved Before

In honor of the holiday season and the end of 2010, I’ve decided to do a giveaway on the blog.

I’ve read some really amazing books this year, books good enough that I wanted to rush right out and buy a copy for everyone I know. So that’s what I decided to do! With everyone scurrying around with the holidays, finishing up year end tasks and buying presents for other people, I wanted to give you guys something!

So sit back after the bustle of the holiday and relax with one of these fabulous prizes!

Here’s the deal – I will be giving away 3 Readers packages – so that means there are 3 chances to win!

Readers Packages: Your choice of one of my three favorite books of the year:

1. Romance Package:  Nine Rules to Break when Romancing a Rake by Sarah MacLean and a box of organic tea to sip while you enjoy one of the best regency romances of the year. 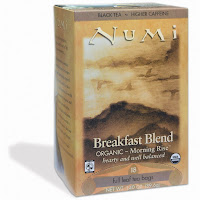 Lady Calpurnia Hartwell, a plain but wealthy 28-year-old who refuses to marry a man who only desires her fortune, acts on a long-held crush and flings herself at Gabriel St. John, marquess of Ralston. Gabriel finds her antics more amusing than enticing, but his half-wild half-sister needs an impeccable chaperone and he chooses Callie for the role. Their proximity creates an infinite series of opportunities for the rake to practice his wiles on the more than willing wallflower.

2. Urban Fantasy Package: On The Edge by Ilona Andrews and a fuzzy fleece blanket to cuddle up with, since Declan, the steamy hero, won’t be around to keep you warm. 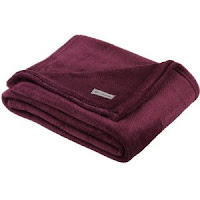 Rose Drayton and her two young brothers live in the woods between two worlds: the Broken (mundane smalltown Georgia) and the Weird (a world of strong magic and rigid social hierarchy). Those on the Edge between the two possess individual magical abilities. Rose has perfected her talent, a deadly white flash, and now the Weird’s aristocrats envy her power. Is it a coincidence that vicious hounds invade to steal magic and destroy the Edgers just as Weird blueblood Declan Camarine demands that Rose become his bride? Though Rose rejects Declan’s advances, the two must join forces to save her brothers and others on the Edge.

3. Young Adult Package: Into the Wild Nerd Yonder by Julie Halpern and a pair of black fleece fingerless gloves to put you in the right mood.

Jess loves audiobooks, sewing skirts, and the first day of school. She even gets along with her family, including Barrett, her rock-god older brother. She is, in short, a nerd, and feels immediate dread when she starts to grow apart from her two best friends, Bizza and Char, who underwent a punk makeover to fit in with Barrett’s band. After Bizza goes after Jess’ longtime crush and winds up with an STD, Jess ends the friendship. Karma, like Bizza, can be a bitch. With no clique to hang out with, Jess is lulled into the clutches of the Dungeons & Dragons crowd—and finds herself falling for one of them!

So how do you enter to win one of these fabulous prizes?

I’m going to make it easy – I’m sure you guys have enough stress going on in your lives 🙂 Simply become a blog follower (if you aren’t already) and leave a comment in the comments below stating which package you’d like. You can earn 1 extra entry for each tweet and/or link on your blog. Just leave the link in the comments. Winners will be randomly chosen.

Contest closes at midnight December 16th, and I will announce the 3 winners on Friday, December 17th.

Edited to add – This giveaway is open to all of my blog readers, where ever you live!

Good luck – and let me know if you have any questions!