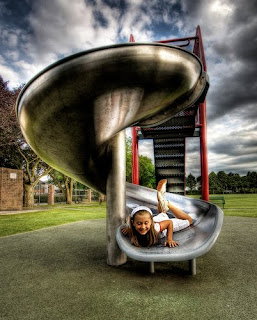 Like most a lot of other writers out there, I’ve been writing stories since I was a kid. But until 2 years ago when I joined my first crit group, I wasn’t really serious about improving my writing skills. I just wrote for fun, thought my writing was good, figured I’d easily get published. God how wrong I was!


Starting Out
I know I’ve grown as a writer in the last couple of years, and it all started with my work on a YA fantasy. One I started writing before I really knew what I was doing. I edited that poor thing a dozen times, and while it was an interesting story (or so I’d like to think) it had some fundamental problems with characterization. (Still my downfall). I wrote the first version so long ago that I don’t actually remember it, so when I started on another WIP last year to give myself a break, I wasn’t sure how to get started.


Using Structure
I’d been using the Hero’s Journey to plot, so I decided to continue in that vein. But I also stumbled upon the 3 Act structure via some of the blogs I read, and decided to incorporate that as well. I finished writing the first draft in a couple months, and let it sit for a while before starting to revise using Holly Lisle’s revision class. And then I realized what a mess it was. Despite me plotting it out a bit before I started, I’d more or less pantstered most of if.


Outlining
So when I started writing my new WIP last month, I decided to do things a little differently. I’ve never been sure if I was a pantster or an outliner, so this time I decided to try outlining, scene by scene. And I’ve been pleasantly surprised with the results. This book has practically written itself! I’m almost halfway through without even trying!


So I wanted to share some of the resources and tricks I’ve used to organize my writing and help plot my story. And of course I realize this isn’t going to work for everyone, but I always find it interesting to see the process of other writers, so hopefully you do to!


Up next: Some of the resources I used to develop my plot outline.